This article is by Kevin Carrico, Senior Lecturer in Chinese Studies at Monash University. It was published originally on Hong Kong Free Press on March 25 and republished on Global Voices under a content partnership agreement.

If we learn anything from the spread of COVID-19 around the world, it should be the importance of freedom of speech.

The Chinese Communist Party’s decision to silence discussion of the emerging disease and punish doctors who raised the alarm created an ideal environment for this virus to spread throughout Wuhan, then across China, and eventually around the world.

As this virus continues to spread, infecting hundreds of thousands and killing tens of thousands, why would there be pressure in Hong Kong and beyond to silence discussion of this disease and punish doctors who are raising the alarm about its origins?

On March 18, the Hong Kong newspaper Ming Pao published an opinion piece entitled “This pandemic originated in Wuhan, the lessons of seventeen years ago have been completely forgotten.” The authors Dr. Kwok-Yung Yuen and Dr. David Lung are unrivalled experts in their field. Dr. Yuen is a microbiologist whose SARS study group discovered the role of the coronavirus in the SARS epidemic in early 2003. Dr. Lung is also a microbiologist who has recently published on the detection of COVID-19 via saliva samples.

In their article, the authors offer practical advice on understanding the virus for the general reader. First, they explain how the World Health Organization and the International Committee on Taxonomy of Viruses name viruses, while also acknowledging that the colloquial use of “Wuhan pneumonia” is understandably more straightforward than COVID-19 or SARS-CoV-2 and thus does not need to be condemned.

Secondly, Yuen and Lung explain that genetic sequencing has shown the virus likely originated in horseshoe bats before spreading to an intermediate host in the Wuhan Seafood Market (most likely the endangered pangolin), which then served as an amplification epicentre spreading from animals to humans before mutating to enable human-to-human transmission.

Thirdly, the authors point out that China’s state-sponsored conspiracy theory tracing the origin of the virus to the United States is completely baseless. The real source of this virus is China’s wildlife trade, which the Chinese Communist Party (CCP) failed to halt 17 years after SARS spread from civet cats to humans. If this trade continues, the authors assert, “in another decade or so, we will inevitably face SARS 3.0.”

A frank discussion of the origins of this virus and the need to prevent another pandemic, written by two experts in microbiology who have been on the frontlines in researching and battling both SARS and COVID-19: this would appear to be precisely the type of opinion piece we need at this moment.

But Yuen and Lung’s article produced a storm of angry controversy on Chinese social media. Within a day the authors had publicly retracted their piece. Yuen and Lung did not explain what pressures led to this decision, but anyone who cares about increasingly fragile academic freedoms in Hong Kong should be deeply concerned by this development.

The third section of Yuen and Lung’s article discussing China’s wildlife trade is undoubtedly the most controversial. The authors assert: “the Wuhan coronavirus is a product of the poor culture of the Chinese people, recklessly capturing and eating wild game, treating animals inhumanely, disrespecting life, and continuing even today to eat wild game to satisfy their desires. The Chinese people’s deep-rooted bad habits are the source of this virus. If this remains unchanged, in another decade or so, we will inevitably face SARS 3.0.”

It would be unfair, of course, to stigmatise Chinese citizens as a whole for China’s wet markets. It would also be unfair to wholly denounce Chinese culture on account of the wildlife trade. This is not, however, what Lung and Yuen were doing.

It is not only fair, but indeed necessary, to stigmatise the wildlife trade and wet markets in China that have now produced two major illnesses (SARS and COVID-19) that have killed tens of thousands around the world.

It is not only fair, but indeed necessary, to stigmatise unscientific practices in traditional Chinese Medicine that encourage the consumption of civet cats to nourish your qi or pangolin scales to treat male impotence. These are not, we must note, the beginning and the end of Chinese culinary or medicinal culture, but they are indeed components of these cultures that need to be confronted for the sake of global health.

It is not only fair, but also necessary, to stigmatise the political culture that has enabled the perpetuation of this wildlife trade despite obvious evidence of the risks involved. The CCP exercises extensive monitoring and control over so many aspects of life in China, to the point that it can imprison civilians for random comments in private chats. Yet despite this power and control, the CCP has proactively chosen not to act against the wildlife trade for nearly two decades after SARS, facilitating the emergence of COVID-19.

It is also fair, and indeed necessary, to stigmatise the political culture of secrecy and suppression of “bad news” that has facilitated the spread of both SARS and COVID-19. The decision to reprimand Dr. Li Wenliang for comments on COVID-19 in a private chat among doctors shows both the Party-state’s reach and its horrid misuse of this reach.

While these trends do not, of course, represent Chinese culture as a whole, they are, however, real components of the political culture in the People’s Republic of China today that, unlike the viruses the CCP has covered up, cannot be simply denied away. 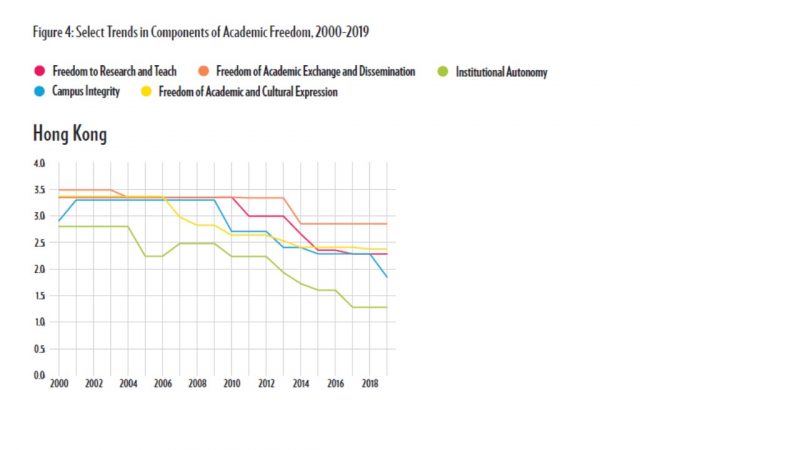 If this story had ended with Lung and Yuen’s retraction of their article this affair would have been just one more sad example of CCP orthodoxies exerting pressure on academic freedom in Hong Kong. On March 20, however, Professor Jon Solomon of the Université Jean Moulin in Lyon, France launched a petition on Change.org addressed to Zhang Xiang, the current vice-chancellor of the University of Hong Kong, pressuring Zhang to fire Kwok-yung Yuen. There is a counter-petition here.

In his petition, Solomon claims that Yuen and Lung’s article “resurrect[s] the vocabulary of historical racism” and has “done grave damage to the University of Hong as well as Hong Kong and global civil society.” He then asks Zhang to provide a public explanation of the university’s support for Yuen. He calls for a panel to investigate the “living history of colonial racism” at the University of Hong Kong, and “pending further investigation,” asks that the university “reconsider its appointment of Dr. Yuen.”

In Solomon’s curious eagerness to draw attention to the colonial legacies behind the University of Hong Kong, legacies of which all are aware, he ignores two far more relevant legacies.

The first is the legacy of critical intellectual work which extends—despite a parallel legacy of repression—from the origins of political writing in China to the present. While Solomon undoubtedly envisions himself as a valiant warrior battling against orientalism, it is in fact oddly orientalizing to assume that a critical discussion of cultural practices must be rooted in “colonial racism”—as if the people of China were simply sitting around for a few millennia failing to recognize the potential for critical reflection, and as if any critical discussion of culture since then has to be shaped by “colonial racism.”

This spectre of the colonising white devil who haunts cultural critique, however, serves a crucial role in this narrative by recasting Solomon as white savior. Yet we must ask, from what exactly is Solomon rescuing the people of China: an article that called on people to be honest about the origins of the virus? One hundred years after the May Fourth Movement, is critical discussion of eating pangolin now off-limits?

The second legacy Solomon ignores—yet also, ironically, enables—is the CCP’s increasingly obvious deployment of political correctness to protect its own political regression. With its typical essentialism, the Party is redeploying vigilance against stigmatising people as a protection against the urgently necessary stigmatisation of dangerous practices and political secrecy. The laudatory ideal of protecting people from stigmatisation then ironically serves the purpose of protecting from criticism the powers and practices that are putting the Chinese people and the entire world at the greatest risk.

If Solomon disagreed with Yuen and Lung’s article, there is no reason why he could not write an article in Ming Pao articulating his disagreement and explaining his own understanding of the emergence of COVID-19. To instead publicly write to one of the author’s vice-chancellors demanding an “explanation” and “reconsider[eration]” of his appointment is a clear threat to academic freedom similar to that posed by the thugs who have repeatedly rallied for the University of Hong Kong to fire Benny Tai, a key figure leading the 2014 pro-democracy protests. 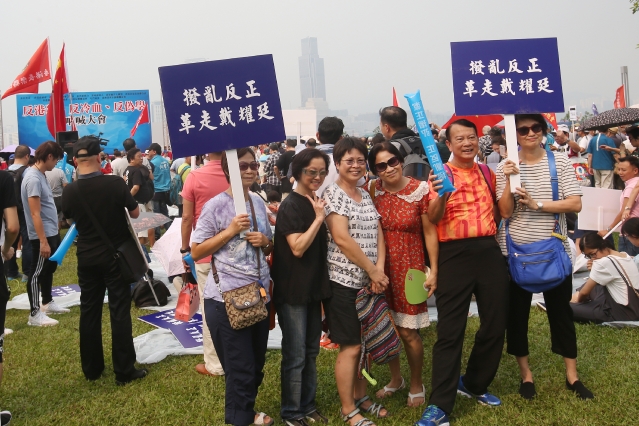 What actual benefit would there be for Hong Kong if Yuen was reprimanded for his reflections? There could be real risks for the world if Hong Kong’s leading specialists in coronavirus research were to grow afraid to speak frankly.

Such suppression of academic freedom would be worthy of condemnation in any context. In the context of Hong Kong today, where both academic freedom and freedom of speech are under increasingly grave threat from a Party-state pushing the same line as Solomon, this kind of suppression is doubly deserving of condemnation. This is the kind of suppression of free speech that got us into this mess twice, and is likely to do so again. Repeating this mistake is nothing short of dangerous.